Sistema Venture Capital (Sistema_VC) was established by Sistema in 2016 and is focused on the Russian and CIS markets with the prospect of becoming a global VC player. The fund invests primarily in scientific projects and technologies that are difficult to replicate and can be used in a variety of industries globally. In 2017 two large co-investors joined the fund – Sberbank and Maginvest. In 2017, Sistema_VC maintained its strong position in the Russian market and won the national award Venture Investor 2017 in the category “Discovery of the Year”. The fund's team reviewed over 700 projects and successfully completed eight transactions (including follow-on investments). The fund is actively implementing its strategy of entering the international market: it opened an office in San Francisco and expanded its search for new projects to Europe and the United States.

Sistema_VC invests in growth-stage internet projects, including in Communitainment and IoT, with strong unit economics, high growth rates and potential to become industry leaders, and also in deep tech projects at earlier stages.

The fund has invested a total of about RUB 4.7 bn in various projects.

One of the world's leaders in computer vision and machine learning. Its flagship product is a face recognition platform, VisionLabs LUNA, which allows analysing vast amounts of photo and video data in real-time mode to detect people's faces and run them against multimillion databases. The company's technological partners are Intel, Cisco, Facebook and Google.

Russia's oldest and biggest online store carrying over 4 mn SKUs. The number of its customers exceeds 18 mn people, with 750,000 daily visitors. The company is included in the annual Forbes ranking of Russia's most valuable internet companies.

An international company offering educational products based on VR/AR technologies. Its flagship product is a course for independent study of chemistry, MEL Chemistry: it comprises 38 kits for chemical experiments, a learning app and VR glasses that allow seeing chemical substances and crystals “from inside”. MEL Science kits are sold under a paid subscription model and delivered by post. At the end of 2017, Sistema_VC and its partners invested USD 2.2 mn in the project.

The company develops instructive games with a scientific component based on VR technologies. The best known games are InMind and InCell, devoted to studying biology while playing. The company was set up by one of Russia's oldest game developers, Nival.

Russia's biggest programmatic platform, which uses machine learning technologies for targeting digital ads. Its solutions enable large businesses to interact with potential customers in any channel and boost their sales.

Russia's biggest online service connecting customers with service providers for performing household errands and business tasks. All providers are checked by the service and are assessed by users, which guarantees a high quality of their work.

TraceAir (USA) is a startup that helps construction companies reduce errors through automation. It uses data collected with drones and other sensors (including GPS receivers) to create accurate cloud copies of actual construction sites. The platform greatly speeds up design work and reduces contracting costs. The product has already attracted some large development companies in the USA, such as ENGEO (geotechnical engineering) and Independent Construction (construction), which are now co-investors in TraceAir along with some business angels.

SQReam (Israel) is a developer of a leading GPU-accelerated database for massive data. The company’s core product is a data warehouse that relies on machine learning algorithms and makes it possible to process terabytes of data 100 times faster and 10 times cheaper than CPUbased solutions. The product is already used by some major companies in telecom, advertising, media, and other industries (Orange, Cellcom, Amdocs, PubMatic). The company received the prestigious Big Data Excellence Award 2018 for providing the technology for a large-scale cancer research programme.

Connecterra (Netherlands), founded by the former Microsoft executive Yasir Khokhar, specialises in AI solutions for the food industry and agriculture. The technology uses artificial intelligence to increase the productivity of dairy farms, and relies on wearable tracking devices that monitor cow health. The company’s core product is the Connecterra IDA platform, which analyses and predicts behavioural patterns based on data collected from neck sensors. IDA informs farmers about behavioural changes, provides early diagnosis, gives recommendations about optimising fertility cycles of cattle, etc. The solution is already used by Danone and ZLTO (a large farm chain in the Netherlands). 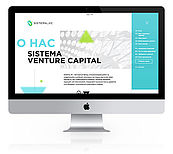