Sistema Capital is a management company that invests and provides asset management services on global financial markets for individual and corporate customers.

For more than 17 years, the company has been offering investment products in both Russian and foreign markets: bonds of Russian and foreign issuers in various economic segments and geographies, as well as securities in a broad geography and derivative financial instruments.

Sistema Capital’s MIFs were among the highest yielding in the Investfunds 2018 ranking of open-end mutual bond funds with NAVs of over RUB 50 million.

In 2018, ratings agency RAEX (Expert RA) confirmed Sistema Capital’s rating at A+, with a Stable outlook. The agency praised the company’s high-quality IT system, strong investment process, reliability of counterparties and sound quality of AUM.

The company acts as a trust manager for three non-government pension funds, including Sberbank’s Pension Fund.

At the same time, Sistema Capital remains an active player in the personal wealth management market. In cooperation with MTS, the company has already launched MTS Investments, a “mass-market” app, with another collaborative B2C project — integration of an option to purchase investment fund units in the widely popular MTS Money Wallet app – also underway.

In 2019, Sistema Capital expects to see growth in its assets under management, driven by a general trend for investors to favour managed investments over bank deposits with ever-decreasing interest rates.

The strategic goal of Sistema Capital is to develop as a leading asset management company oriented towards private and institutional investors (retail online, HNWI, non-government pension funds) while continuing as a manager of Sistema Group’s liquidity and the vehicle for investment of Sistema’s funds in marketable securities with varied risk levels.

Chairman of the Board of Directors 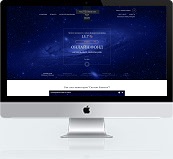