In the pharmaceutical industry, Sistema owns stakes in two pharmaceuticals companies – Binnnopharm and OBL Pharm which upon completion of merger will operate under Alium brand

JSC Binnopharm is one of Russia's largest full-cycle biopharmaceutical companies and the company boasts an in-house R&D division. Binnopharm produces biotechnological drugs, including a hepatitis B vaccine, a line of pulmonology and neurology drugs, infusion solutions, and anti-viral and immunomodulating drugs.

Binnopharm operates Russia's largest GMP facilities for the production of vaccines in ampoules (producing as many as 80 mln ampoules per year) and a unique, fully equipped quality control laboratory.

Binnopharm's production facilities include two pharmaceutical plants: Binnopharm in the Zelenograd district of Moscow and Alium in the Krasnogorsk district of the Moscow region.

The company is focused on expansion in the commercial segment of the market, while maintaining limited sales of hospital products. An in-house sales division has been established to promote commercial prescription (Rx) and over-the-counter (OTC) drugs.

The strategic goal of Binnopharm is to saturate the Russian market with state-of-the-art, effective and safe genetically engineered biological drugs and generics of high quality.

In 2018, Binnopharm continued to implement the strategy of strengthening its positions in the commercial segment and diversifying its proprietary drug portfolio. The company set its own record by completing the registration of 14 new drugs, including Hydroxyethyl Starch, Moxifloxacin, Levofloxacin, Inspirax in two dosage forms and a combination of Lidocaine and Tolperisone. A total of over 30 drugs are in development and are expected to be released in 2019-2021, further strengthening the company’s market presence. The company continues to develop direct partnerships with pharmacy chains, given the high efficiency of this promotion channel.

In 2019, Sistema acquired an equity interest in JSC Pharmaceutical Enterprise Obolenskoe (“OBL Pharm”). The stake was acquired jointly with VTB Bank (“VTB”) and management of OBL Pharm from Alvansa Ltd, which is majority-owned by Gazprombank and UFG Private Equity. Sistema invested a total of RUB 1.83 billion in the acquisition of OBL Pharm. The investment consortium – consisting of Sistema, VTB and members of the OBL Pharm management team – collectively acquired 95.14% of OBL Pharm for a total investment of RUB 15.5 billion. In April 2019 Russian Direct Investment Fund (RDIF), the Russia-China Investment Fund and leading Middle Eastern funds joined the project having invested over RUB 4 billion. As a result of the transaction completion in July 2019 Consortium’s effective stake reached 28%, VTB Bank’s - 46% and Sistema’s - 13%.

This acquisition significantly strengthens Sistema’s position in the Russian pharmaceutical market. OBL Pharm is one of the leading Russian pharmaceutical companies that develops, manufactures and promotes the latest high-quality medications in compliance with GMP and ISO standards. It produces over 150 prescription and OTC drugs in several therapeutic areas: gastroenterology, cardiology, phlebology, pain relief, insomnia, neurology, male health and others. The company's portfolio includes both innovative products and generics.

The transaction aims to create a leading pharmaceutical group and a top-5 player in the commercial segment of the Russian pharmaceutical market by merging OBL Pharm and Binnopharm. The combined diversified product portfolio includes about 200 drugs.

Chairman of the Board of Directors 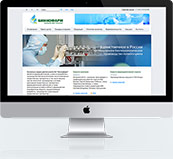