Sistema Charitable Foundation was launched 15 years ago, in 2004. In this time, the Foundation has worked in a variety of areas, solving different social issues (click here for more information on the Foundation’s areas of work). Having accumulated the experience in such areas as culture, social projects, education and science, the Foundation’s team came to the conclusion that technology was an essential component capable of making the work they did more efficient. Indeed, this year’s The Future Charity report revealed that 57% of charity employees believed that the failure to embrace new technology is one of the biggest hindrances to the sector's development.

18 months ago the Foundation launched an experimental project, Odyssey. This project was a competition with a goal of challenging technology owners to get involved in solving tasks people faced daily.

Anna Yanchevskaya, President, Sistema Charitable Foundation, believes that Russia’s charity sector is very conservative. She notes that there are glimpses of technology being used here and there, but instances are few.  “Clearly, we would like for the work we do with the general public and the government to yield better results,” she adds.

The project’s mission is to support the Russian search and rescue community, made up by Ministry of Emergency Situations squads and non-commercial search and rescue groups, which mainly rely on volunteer participation. Liza Alert, Russia’s largest volunteer search and rescue group, and a partner of the Foundation, has received over 17,000 search requests in 2019 to date. The principal success factor so far has been the size of the search and rescue teams, which now averages about 100 people per lost individual. Adding technology to the equation could drastically improve the efficiency of these missions.

This is an area Anna believes is best characterized as “the common deed”, since search and rescue missions are a collective operation, and there’s no single individual or organization responsible for or exclusively tasked with finding lost people. Everyone shares responsibility, from family members to those looking for lost persons on location, based on civil search and rescue protocols.

The Foundation accepted applications involving a variety of solutions and technologies. Eventually 130 teams from 40 cities in Russia were formed. The teams offered an array of solutions and technologies: drones, automated vehicles and big data and biotech. Starting in January, solutions were piloted at outdoor testing ranges that were assembled with assistance from real search and rescue teams. Throughout the following Spring and Summer, the Foundation held qualifying rounds to see how well the teams were coping with the task. In June, four teams showed the most promising results and were able to locate a lost person over an area of four sq km within two hours. These technologies proved their worthiness at the final testing range in October. The range involved 14 sq km of search area, tough weather conditions, complicated network rollout and a generally difficult operating environment.

The hybrid solution that proved to be the most viable was offered by a team called Stratonavty (Stratosphere Pilots). The team proposed a solution for networks to be rolled out from scratch, allowing for marking the entire area with locator beacons, which lets the team control the entire operation from a station from something as simple as a mobile phone.

Two other teams also proposed very promising solutions. A team called Vershina (The Peak) offered a drone-based solution that produces both regular and thermal imagery of an area that is processed by neural networks to determine whether there is a person present in the region. A team from Yakutia called Nakhodka (The Find) offered a solution featuring a network of locator beacons that help navigate a person to the rescue team through radio exchange.

The Sistema Charitable Foundation is already seeing demand for these solutions from specialized services, including search and rescue teams, and is now starting to work with all stakeholders to implement them at larger scale. 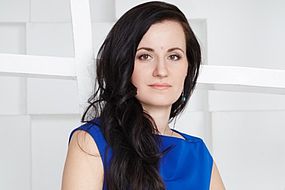 Anna Yanchevskaya is a communications expert in the IT-industry, and since September 2017, she has been heading the Sistema Charity Foundation. Prior to joining the Foundation as President, Anna promoted Russian technology companies and was responsible for strategic communications and startup promotion in venture funds such as Life.SREDA (Russia and Singapore) and Sistema_VC, which specializes in investing in growing Internet companies with industry leadership potential.